Rene Char and 'This Time of Damned Algebra' 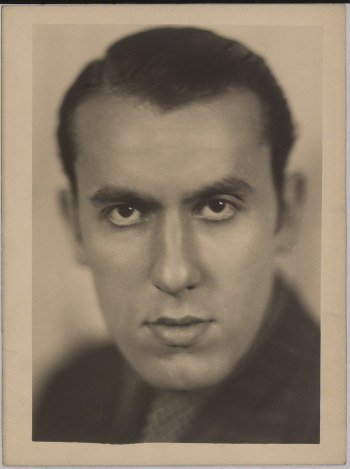 The working title of the book manuscript I am drafting is This Time of Damned Algebra: The Just War Tradition and Its Rivals.

The title phrase comes from the great French poet and Resistance fighter, Rene Char (1907-88). During the Second World War, this apolitical Surrealist poet joined the Resistance, one of the Communist units. He was not one of the "literary" resistance figures, writing the occasional article for the underground press, but rather one of the fighters in the field, eventually rising to become the Resistance commander in charge of reconnaisance for southern France at D-Day. He kept a cryptic poetic journal under his Resistance pseudonym, Hypnos, the god of sleep, and following the war it was published under the title Leaves of Hypnos.

I first became aware of it back in high school, in the early 1970s, when I had devised a curriculum for myself devoted to reading the sources mentioned in Albert Camus' The Rebel (a work which has had a lifelong impact on me). He mentions Char several times - Olivier Todd's recent biography, Albert Camus: A Life, explains their friendship at the end of the war - and begins the great closing section of The Rebel by quoting Char, rejecting abstract ideologies that kill vast numbers of people for the sake of a future end of the world; "Indifference to history and obsession with the harvest are the opposite ends of my bow."

Char had a long, productive life, on both sides of the Second World War, deeply involved with the leading artists and writers of his time, and although my focus has always been on his war writing, a good place to begin in studying his full life and poetry is with this brief biographical sketch here, and then continuing with Mary Ann Caws's book length study, The Presence of Rene Char (Princeton UP 1976). He was the subject of a famous poster by Picasso, and published many of his poems and collections in special collaborative editions with visual artists - with prints and special bindings. When I am in Paris or Geneva, strolling the booksellers, I am occasionally filled with envy on seeing in the window a first edition of some Char work that, rest assured, I cannot afford. I go in, look around; the proprietor, seeing I am American, is skeptical that I know what I am saying when I ask to see what they have in stock by Rene Char, especially as I can't speak French, but have learned to read certain works with a dictionary (you may as well, you see, if you have read The Red and the Black once a year since age fourteen and know you will likely be doing so for the rest of your days, and have been reading it to your twelve year-old daughter at night going to sleep (as a means of educating her in the personal relationships of pre-teen mean girls)).

But I am always a little surprised by how little Char is read or remembered today in France - especially Leaves of Hypnos. I would have thought he was as romantic a figure as emerged from the Resistance - the tall, imposing, powerful, charismatic man of action and leader of men in the field and in battle, and yet simultaneously the consummate man of letters and poet of the most introspective and intimate. Why no film? Starring Gerard Depardieu? But my dear friend, the French journalist Bernard Poulet, tells me that although my personal pantheon of writers is impressively French - Albert Camus, Rene Char, Blaise Cendrars, and above all Stendhal - somehow I am curiously obsessed with what he tells me are perhaps the least representative writers France has produced in two hundred years: never mind, he says, better to be one of the 'happy few'.

But when I first encountered references to Char, there was very little written about him in English, and although my German reading was good enough for Brecht, I couldn't manage the French until a couple of years later after learning Spanish as a Mormon missionary in Peru (violating all the mission rules on nonreligious literature, I had taken The Rebel with me to Latin America, eventually receiving a nasty reprimand, but by then I was reading Garcia Marquez' then brand-new El otono del patriarca in Spanish). Later, searching through the libraries, I found portions of Leaves of Hypnos translated in various volumes.

There matters sat until I was working as research assistant to the environmental gurus Amory and Hunter Lovins (of Soft Energy Paths fame) at their environmental institute, the Rocky Mountain Institute, in Snowmass, Colorado, one summer in the early 1980s. Hunter, whom I had long known through the Los Angeles ethnic dance scene, presented me with a book I had never heard of before, a full translation of Leaves of Hypnos (Mushinsha-Grossman Publishing 1973), translated with extraordinary care by the great poet Cid Corman (who, alas, passed away this year, 2004) and published with exquisite paper, printing, and binding by a quality Japanese publisher. Out of print now and very rare, I have the book in front of me - it is one of the most cherished books I own (Hunter Lovins, if you google yourself and find this, my thanks for your friendship over many years, although we've lost touch for no good reason, and my thanks for the gift of a book that has remained close with me during the twenty years since you gave it to me).

The book is written almost entirely in short aphorisms, short phrases, a sentence, a few sentences, a few paragraphs. Some of them are abstract, some are collections of images that seize the imagination, some are little anecdotes and stories. One is one of the great love poems of the 20th century, in French or any other language:

"My darling, lay your head upon my lap. I am not happy and yet you suffice. Candlestick or meteor, there is no longer a stout heart or future on earth. The course of twilight reveals your murmur, bed of mint and rosemary, confidences exchanged between the russets of autumn and your thin robe. You are the soul of the mountain with its deep sides, its rocks silent behind lips of clay. Let the wings of your nose twitch. Let your hand close the path and draw together the curtain of trees. My darling, in the presence of the two stars, the frost and the wind, I place in you all my fallen hopes, for one victorious thistle of the rapacious solitude."

Char is, you see, actually a deeply romantic writer - and, indeed, in assigning Char to some of my classes on war and ethics, both to law students as well as my high school students at NCS, I have sometimes been concerned that his picture of war is too romantic. So I assign them something from Paul Fussell's sketches of the boy-soldiers of the Second World War as prophylactic. But the passage from which the title comes, at no. 20:

"I think of that army of cowards with their appetites for dictatorship that will perhaps be seen again in power, in this forgetful country, by those will survive this time of damned algebra."

No love lost there for the Third Republic. But that is not really what interests me. It is, rather, the evocation of realism, consequentialism, necessity and, above all, calculation. War is a 'time of damned algebra'. At at no. 106, he simply notes, "Infernal duties."

But Char said many things on a less bitter note. One of his most famous aphorisms is simply this:

But Char has a very important intellectual and spiritual nexis with Michael Walzer - like Albert Camus, they are deeply committed to the idea of resistance. It is the underground river that runs through a volume called, in the second half, France-of-the-caverns and which is profoundly imbued with the metaphors of mountains, even in the love poem quoted above. "I'll not write any poem of acquiescence," says Char at no. 114, and then at no. 131: "At all the meals taken in common, we invite freedom to have a seat. Its place remains empty but it stays set." For Char, as for Camus, the concept of resistance is closely tied to hope; "Resistance," Char writes, "is only hope. Like the moon of Hynos full tonight in all its quarters."

"We belong to none if not to the golden point of that lamp unknown to us, inaccessible to us, which keeps courage and silence awake."

Thank you for this excellent article on René Char. As you pinpoint, it's harldy conceivable that such a fantastic poet and active member of the "Résistance" coud have fallen into oblivion for so many years. I'm glad he is back on the foreground this year, even though this seems to be largely due to the cult French people in general associate with arithmetic formulae. This year, 2007 is the sum of 100 and 1907, the year when René Char was born. Hence the commemoration., and the "regain d'intérêt".


PS - My sense is that René Char's nickname when he was acting in the Résistance was "Alexandre", not "Hypnos". My understanding is that "Hypnos" refers to the dark years of the occupation war, enduring Nazi occupation on the French soil and the agony of freedom.

I appreciate your obsession and academic commitment to Char! I have only one question: when you mention the love poem in your essay, is it possible that the addressee of such a poem is not a lover, but poetry or the poem? I believe many of his "love poems" have been misconstrued as such before.

I enjoyed your post. I have been wondering about this topic,so thanks for posting. I’ll likely be coming back to your blog...
Video AC Milan|Video Sepak Bola|How To Make a Kite|How to make a origami|Tips for lossing weight|How to six pack abs