Stendhal's Red and the Black in the 2003 Burton Raffel translation 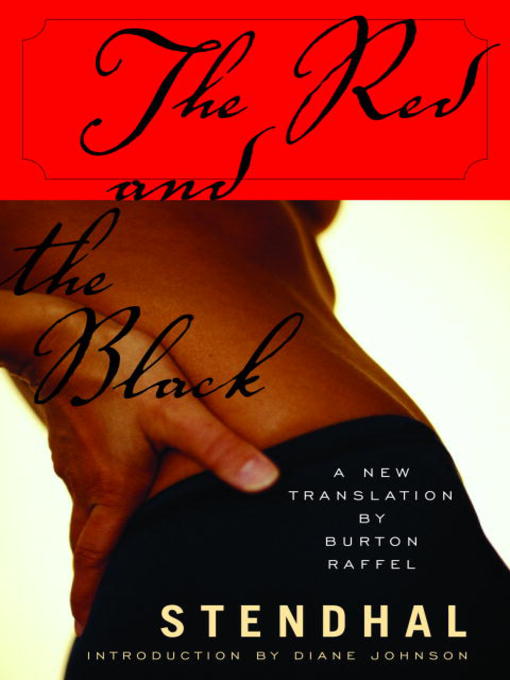 As I have done every year or at most every other year since I was, well, fourteen, I have been rereading Stendhal's The Red and the Black. This year, however, I am using the new translation by Burton Raffel, which came out in 2003 from The Modern Library. I like it. I nostalgically prefer my old Montague translation, but that's because I grew up with it. This translation is much more accessible, I suspect, for the contemporary reader and, by expert reviews, more faithful to Stendhal's characteristically blunt prose. The introductory essay by Diane Johnson is outstanding.

And the cover photo, while not exactly faithful to the book, must certainly excite undergraduates - it certainly excited me. I had no idea my beloved Mathilde de la Mole did such an impressive abs workout! Julian - what a lucky guy! Or as the epigraph to Chapter 11, A Young Girl's Imperial Dominion puts it (with a highly unlikely attribution to Merimee): I admire her beauty, but I'm afraid of her mind.

(Note: Stendhal often put epigraphs attributed to wildly improbable sources at the heads of his chapters, including this one:)

"A ridiculous, moving memory: the first drawing room in which, at eighteen, one appeared, alone and without any support! A woman's glance was enough to intimidate me. The more I wanted to please, the more awkward I became. I argued for all the silliest ideas: either I jabbered senselessly, or I felt that every man who looked at me seriously was my enemy. But just the same, buried by my shyness in frightful misery, how fine a fine day could be!"